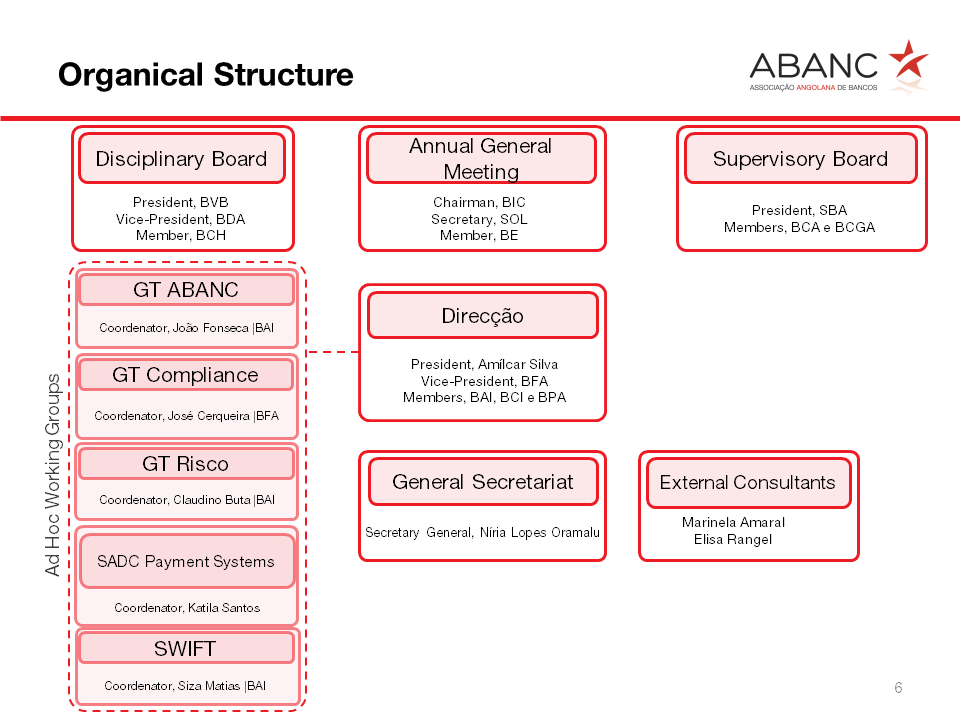 Structure of the Governing Bodies

The General Meeting consists of all members and it is headed by a board consisting of a Chairman, a Secretary and a Member, elected among the members for a period of three years, with reelection allowed.
The Secretary shall be responsible for assisting the Chairman and replace him in its impediments.

The Board of Directors of ABANC consists of a President, a Vice-President and three Members elected by the General Meeting for a period of three years, being allowed the exercise of new mandates followed or interpolated.

The Supervisory Board consists of three Members, one of whom is Chairman and two Members elected by the General Meeting for three years, reelection being permitted.
One of the Members will be an Accounting Expert and the other are representatives of elected members appointed by them.

The Disciplinary Board consists of three members elected by the General Meeting, among the presidents of the Board of Directors, Management or the Executive Committee of members with headquarters, branches or a subsidiary established in Angola. The members of this board are elected for three years and may be re-elected by resolution of the General Meeting.
The General Assembly shall elect, from among the three elected members, who will hold the position of President and his deputy, in the event of absence or temporary impediment of the former.