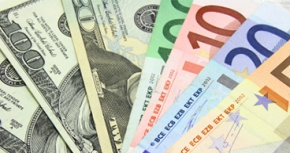 Payments for imports and exports of goods – Summary of the changes

1. For customers who wish to use their own funds in foreign currency for the payment of imports, requires the banks to block funds in the amount of the transaction at the time it is entered into, so as to ensure the necessary funds are available on payment date.
2. Requires exporters who are also importers to first use their own funds in foreign currency for payment of their imports, allowing them to purchase foreign currency from BNA only once their own funds have been fully used up.
3. New limits were established for the use of the various payment instruments in order to restrict the use of instruments which offer the least security to the parties involved in transactions of imports of goods:
Limits per importer per transaction:
• Prepayments - up to EUR 25,000
• Payments on open account - up to EUR 50,000
• Documentary collections -up to EUR 100,000
• Requires letters of credit to be used for imports of a value greater than EUR 100,000 .
- Limits the tenor of the letters of credit to 360 days;
- Allows advance remittance for letters of credit up to 10% of its value.
Global annual limits per importer:
• Prepayments - EUR 300,000
• Payments on open account and documentary collections - EUR 1 million
• Prepayments, payments on open account and documentary collections (when all are used in the same year) - EUR 1 million (i.e. if the total limit for the prepayments is used, the limit for payments on open accounts and documentary collections is EUR 700,000)
BNA may approve other methods of payment or limits if the transactions so warrant, upon request by the importer.
4. Does not allow the splitting of the import transactions into several transactions in order to circumvent the limits set for the various payment instruments.

1. Requires exports from Angola to be paid by prepayments or letters of credit.
2. Requires the exporter to inform the importer of the bank in Angola where its account is held and which is to be used to advise the letter of credit (Advising bank).
3. Limits the tenor of the letters of credit to 180 days.
4. Requires the advising bank to issue a "declaration" which the exporter must submit to customs in order to export the goods. This declaration may only be issued upon receipt of the prepayment or of the issuing bank's letter of credit. Provision is made in the declaration for other payment methods, should BNA decide to accept alternative payment methods at a later date.
5. Requires the exporter to sell to the bank 50% of the proceeds of each export transaction. (BNA may accept alternative percentages on a case by case basis, should it prove to be justified)
6. Requires the exporter to transfer the gross sales proceeds to its bank in Angola, and to settle any costs/expenses incurred abroad by means of transfers of funds from Angola.

The regulations come into effect on 17 September 2018.