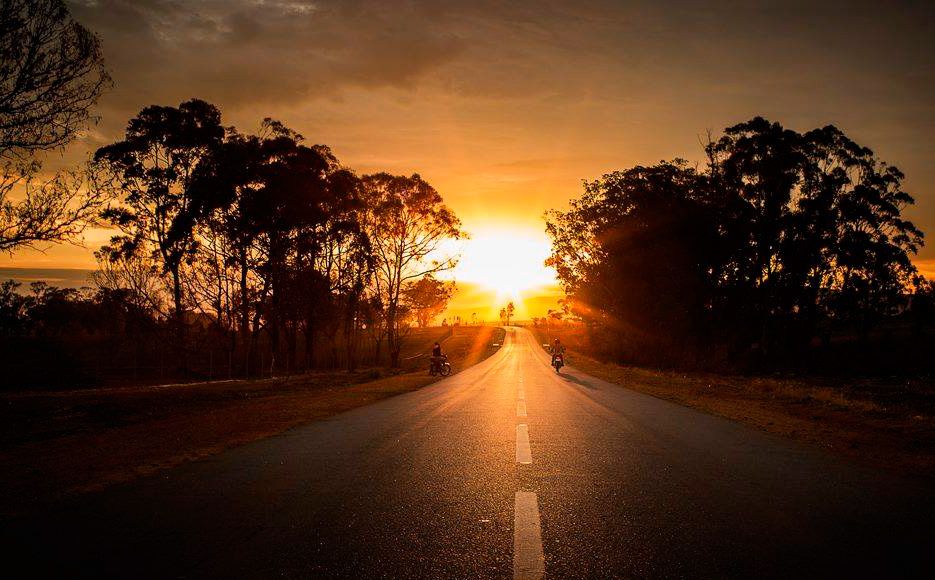 In the first years of independence, a model of State-centered economic dirigisme was adopted, being the banking and insurance activities state monopolies. Thus, in 1976, a year after national independence, Banco Nacional de Angola was created, through Law No. 69/76 of November 5, followed by Banco Popular de Angola, through Law No. 70/76 of November 5, channeling the assets and liabilities from Banco de Angola and from Banco Comercial de Angola, which were nationalized. With Law No. 4/78 of February 25, banking became an activity exclusively exercised by state banks, all private commercial banks were closed, and its facilities were used for the extension of the BNA branch network.

In 1978, the insurance business was monopolized, with the creation of a single state-owned company, Empresa Nacional de Seguros e Resseguros de Angola (ENSA) in 1978. In 1981, insurance companies and other existing mutual societies were then liquidated and their assets and liabilities transferred to ENSA.

The single bank system prevailed then, where Banco Nacional de Angola played the role of central bank as well as commercial bank, issuing bank and treasury, being part of the State's Central Administration by Law No. 3/83 of May 23. The Banco Popular de Angola was a simple savings capture bank, without exercising the activity of financial intermediation, lending capacity was prohibited.

With the collapse of the socialist bloc in 1988 and the consequent disruption of the model of state-centered planned Economy , as part of the transition period between 1987 and 1992 to the implementation of the Second Republic, Angola began a financial sector reform in order to mobilize resources and to achieve macroeconomic stabilization, with the launching of the Programa de Saneamento Económico e Financeiro (Economic and Financial Restructuring Program - SEF) in 1988, which, among various actions, adopted a market economy model with broader openness to private initiative.

In this path, the first negotiations for the integration in international financial institutions were made. In 1987, the first rescheduling of the Angolan external debt took place at the Clube de Paris and in 1989 Angola joined the International Monetary Fund (IMF) and the Banco Internacional de Reconstrução e Desenvolvimento (International Bank for Reconstruction and Development - BIRD) .

In 1991, with the Laws No. 4/91 – Organic Law of the Banco Nacional de Angola – and No. 5/91 – the Financial Institutions Law, both of April 20, the legal and economic banking framework changed with the adoption of a two level banking system. The first level was occupied by the BNA, which became the central and issuing bank, and also the licensing authority and supervisor of the financial system, and the second level was occupied by commercial and investment banks. Under this legal framework, BNA initiated the cessation of its commercial banking activities.

This moment marked the opening of the banking business, which experienced an explosion since 1991, foreseeing the radical changes in the economic development model that would be adopted by the country in 1992, through the implementation of the Second Republic:

In 1996 the CCAP network was substantially extended with the transfer by BNA from its extensive sales network to this institution.
In 1997, within the banking system restructuring, Law No. 5/97, of July 11 – Foreign Exchange Law, and Law No. 6/97, of July 11 – Organic Law of BNA (Nacional Bank of Angola), were approved by the National Assembly, which revoked Law No. 4/91.
In 1999, the new Financial Institutions Law, Law No. 1/99, of April 23, (revoking Law No. 5/97) was enacted, which now regulates the activities of financial institutions and which gave more powers to the Central Bank. The first package of foreign exchange and prudential measures was also published initiating the exchange liberalization, among other measures. That same year, Caixa Agro-Pecuária was extinguished and settled, under the supervision of the BNA.

In 1999, in the insurance sector, after the creation of the Instituto de Supervisão de Seguros (Insurance Supervision Institute) with Decree-Law No. 4/98, of January 30, the activity of insurance and reinsurance as an financial activity was decentralized by the approval of Law No. 1/2000, of February 3, the Insurance Law, which sets out the basis of competition and growth of the Angolan insurance sector. The Empresa Nacional de Seguros de Angola (ENSA) started sharing the market with the Angola Agora e Amanhã (AAA), an insurance company owned predominantly by public capital.

After the issue of Notice No. 1/00, of February 8, on the institutionalization of the project of Sistema de Pagamentos Nacional de Angola (Angola’s National Payment System –SPA), the implementation of this system started in 2001 with the creation of Empresa Interbancária de Serviços (Interbank Services Company – EMIS), established to provide the service of electronic clearing transactions processed in the national electronic payments network, Multicaixa network (ATM network). EMIS is a company whose shareholders are the BNA and the commercial banks. EMIS is the central operating entity of the automatic interbank payment system. In 2002, the first ATMs from Multicaixa network were installed, allowing its users to withdraw money, order check books and consult bank account movements.

Taking into consideration that 2003 was the second year of peace, in an attempt to encourage the recovery of the non-oil sector of the economy, the Government prioritized macroeconomic stabilization issues and the rehabilitation of basic infrastructures. This way, BNA, as the central bank, together with the Ministério Das Finanças (Finance Ministry), adopted a restrictive policy to contain the deterioration of the macroeconomic framework, reflected in the second set of prudential measures approved in February of the same year, with strengthening of ex-ante sterilization instruments and other liquidity control mechanisms and the stimulus of monetary and foreign exchange markets.

It should be noted the approval, in 2004, of Law No. 1/04, of February 13 – Law of Commercial Societies, in addition to the issuance of norms by the Central Bank to strengthen the foreign exchange liberalization introduced in 1999, to ensure the stability of the foreign exchange market and a greater accumulation of foreign reserves.

In 2005, three laws should be highlighted:

In recent years, Angola’s financial system grew in sophistication and robustness, under the close supervision of regulators that have introduced mechanisms to control and monitor the system, which are intended to regulate and protect the financial activity. Today, the system is characterized by:

In the last quarter of 2014, Banco de Poupança e Promoção Habitacional (BPPH) was closed following the entry of its major shareholder in the capital of Banco Económico (formerly Banco Espírito Santo Angola).
In the meantime, Angola banks increased efforts to internationalize. It should be noted that the geographic, economic and cultural proximity has a big weight in the choice of internationalization destinations by banking institutions. Through available information, we have associated institutions in international expansion through branches, or representative offices, especially in neighboring markets and other portuguese-speaking countries, including Portugal, Cape Verde, Democratic Republic of São Tome and Príncipe, Brazil, Namibia and South Africa.