The Banco Nacional de Angola (National Bank of Angola - BNA), as the central and issuing bank, has the main function of ensuring the preservation of the national currency value and of intervening in the definition of monetary, financial and exchange rate policies, under Law No. 16/10 of July 17.

In addition to driving, executing, monitoring and controlling the monetary, financial, foreign exchange and credit system under the economic policy of the Executive Branch, the BNA is also due to:

The following are also tasks of the BNA:

In addition to the Organic Statute, the activity of CMC is framed by Law 12/05 of September 23 – Securities Law and Law 13/05 of September 30 – Financial Institutions Law.

The Agência Angolana de Regulação e Supervisão de Seguros (Angolan Agency of Insurance Regulation and Supervision - ARSEG) is the authority responsible for the regulation, supervision, and inspection and monitoring of insurance, reinsurance, pension funds and insurance brokerage and reinsurance activities, under the superintendence of the Finance Ministry, as defined by Presidential Decree No. 141/13 of December 27.

The mission of ARSEG, as supervisor and regulator of the insurance sector, is: 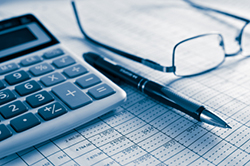